Watching Athlete A, a common theme I was hearing from the gymnasts about Lassar Nassar, the team doctor who sexually abused many of them, was that he was nice. He was the only one who would talk nicely to them and give them food. All of this was grooming them for the abuse he was going to inflict on their powerless bodies.

I want to back up a minute though. Why did Larry Nassar feel like relief to the gymnasts? It is because the rest of the adults in their lives were cruel. They needed a nice word, and food. The coaches are responsible for paving the way for Larry Nassar. And now there is a signed statement from several coaches, including Karolyi, who agreed to cover for Nassar. I told my closest friends that hearing Karolyi’s name as one of the signers felt like the time I was told I was being cheated on in High School, and very few cared. I knew the Karolyi’s were abusive coaches, but I was so numb to that culture because I lived it too as a gymnast. I could not recognize my own abuse. But, I have never been numb to the culture of sexual abuse of a children. This is also what happened in soccer. People don’t care when they want to win.

I broke in 2016 when I saw what happened in soccer. It was so painful because the person was one of dearest friends, but I was already on high alert because I was noticing things before it became a fact. A predator being someone you know and trust is not uncommon. When my feelings were not only feelings, but also a true fact, I saw how broken our system is. Why we think relying on the police and the justice system are  sufficient to ensure our safety blows my mind. Especially when we are talking about our children. Without evidence, the system can do nothing – even when a child cries. It is horrific. Please continue to do background checks, but know they are not covering everything, because a lot do not get convicted and continue to prey. This is why wisdom is important. I was a trusted and safe person in the community telling my, who I thought were good friends, the truth. And the response was basically: Thank you. Sorry you feel this way. We will still be friends. The only control I had in this situation is to say: We will no longer be friends. I am protecting my children now.

When we think being nice is the only indicator needed to trust someone, we will miss important signs of an abuser.

I have been telling my team (the team I work with at Perkins School of Theology/Baptist House of Studies) that my world before now hasn’t been nice. And by nice I mean kind. With the election of 2016 and the cruelty friends around me not did not only did not rebuke, but some applauded-stunned me. Along with my friends coldness when I warned them about following a sexual predator at the same time as the 2016 election, I was done. I cared about the children. I even warned these parent after one of the parents sent a letter to bash Jake to the whole team and the Mutiny Board publicly, and never apologized. Not one parent on that team stood up for us either. I still would not let their children go without a fight, and we were suffering ourselves. Jake took on five teams (3 for free) and trying to protect the parents and kids from the pain we knew. That was wrong of us. We were never supposed to carry that burden. We were in shock and in pain too. But no one cared. They even told me I only cared about the soccer club. I could not believe it. Once again, I hear: You’ve been cheated on. And no one cares. And they turned this on you.

So, I broke. The  floodgates that I held for 38 years inside me burst open. I was at an end-of-year soccer party for one of my kids, and I started sobbing. Right there in the open for all to see. I could not help it, and I was embarrassed, but I was done. I could not hide anywhere to shed these tears either, because they would not stop. A friend, who I knew was about to deliver bad news-but she did not know I knew-came to me and held me. She held me the whole party; until she delivered the news. But I was defenseless and needed that hug. I went to Twitter when I got home, and I kid you not, Jonathan Martin wrote this: Love is also the kiss of Judas. Friend, do what you came here to do. Jonathan Martin’s tweets were what kept me afloat. And he heard my tears, through Twitter, and responded.

By year 40, I found Wilshire. I have blog posts about this. But what sweet relief for a life I realized had not been protected the whole time. And now, currently, I am facing my gymnastics past too. It has hit me hard, and it is a reason I struggle with self-worth. When we are not told as children that we are good, and worthy to be treated like a human being, we suffer life-long consequences for it. And it takes a lot to heal. And it may not be cured, but we can heal. I am with the safe people right now. They are walking with me through the fire of healing.

I told my therapist that I want to hang onto these people. They are really good to me. They don’t expect anything from me, other than for me to be me. I am not here to advance their career or improve their status in life. They want me to join them completely as an equal in the daunting work ahead. She asked me this: What is wrong with wanting to hang onto people who have been nothing but kind and good to you?

When I realized they loved me, truly loved me, I used to cry and remember all the terrible things that have happened in my life. I could not figure out why until Science Mike explained that when we are safe, the child in us that has been watching for the bullies can lay to rest. Now we are safe to remember all that hurt, because we suppressed it to survive. The child need not guard it anymore.

Our first Baptist House of Studies worship experience that featured Amanda Tyler from the Baptist Joint Committee as our speaker, was the most beautiful worship experience of my life that I was actively involved in. Not only was I included, but they did not allow me to be hidden either. Rev. Dr. Jaime Clark-Soles-my treasured friend-kept lifting me up for the work I was doing. She even validated the term “Trio”, a name I have given to our Baptist team: George, Jaime and me, to the whole room. George looked at me and smiled. Also, going to Wilshire and seeing faces light up when they see me. I am not used to this treatment. They are lighting up just for me; not what I can do for them.

Jonathan Martin agreed to be on our Baptist House of Studies Board, and made the last event we were able to hold in person for the year. He was so kind and we had so much fun. I even tuned into his Instagram live service last week (July 5, 2020), and he was delighted to see my name. I could see it in his face, and then he told everyone on there about me. It was surreal.

What I am trying to say is find your people who love you. Love is the only protection we have. Listen to people who have wisdom, because systems can’t see everything. Plus, we have a system specifically designed not to trust people, and that is a tough system to overcome. We have to know our people. We need to know what love is.

I have been, and I still am, going through a painful process of healing. The people with me now are not shaming me for my anxiety and depression that hits me off and on. They don’t shame the tears. Even when they don’t understand, they stay and listen. They let me write to them as much as I want. My therapist says this will slow as I learn to trust myself more. I am trusting them with me because I have to heal.

It is hard. But it is also the bet life I have ever known. 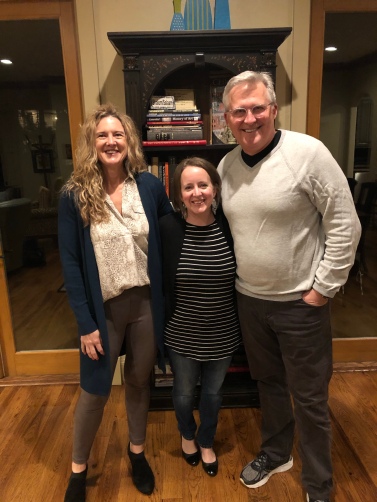 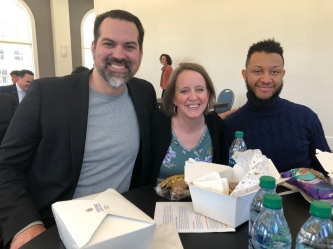 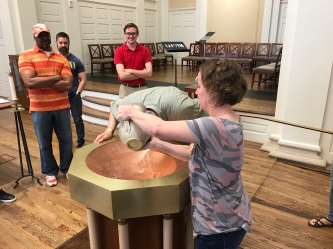 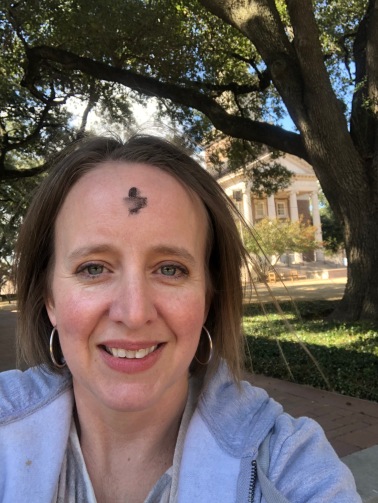 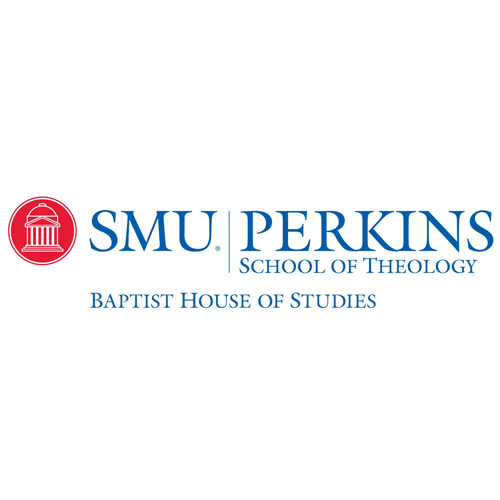 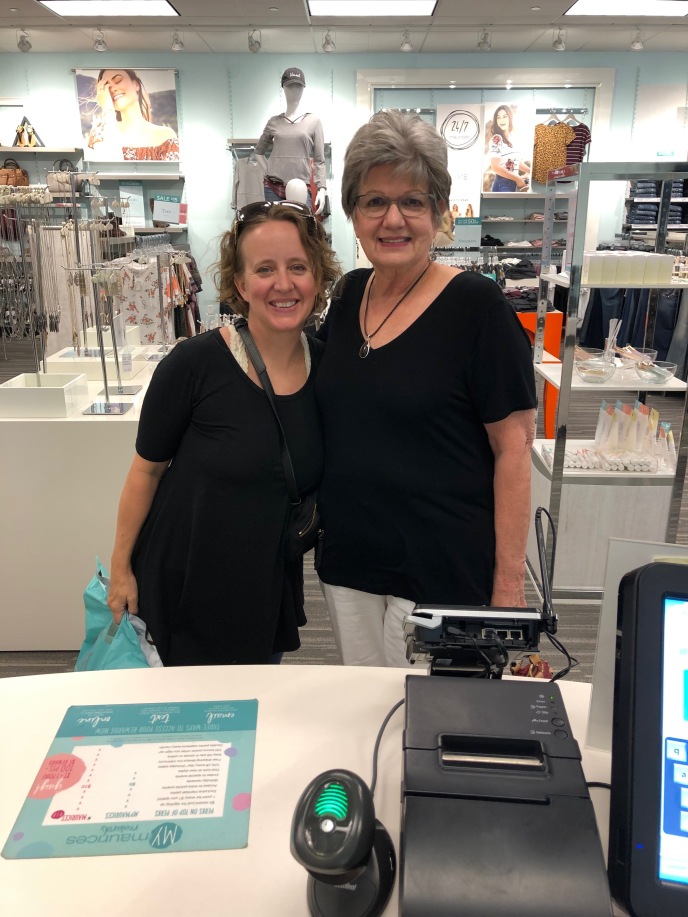 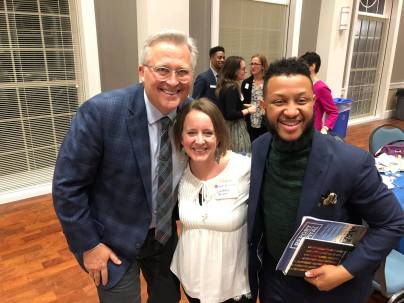 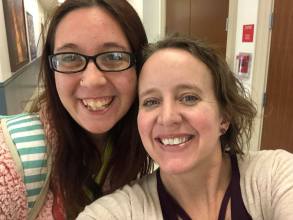 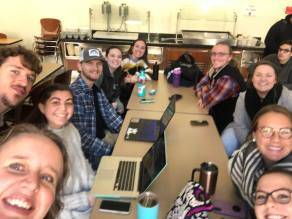 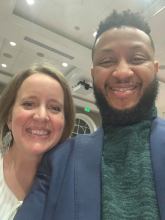 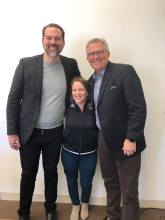